One of the Longest Running and One of the Most Popular Cirque DU Soleil Shows!

Cirque Du Soleil is an entertainment company known for its acrobatics, its amazing performers, and all around amazing shows. Mystere by Cirque du Soleil is no exception.

As one of the longest running and one of the most popular Cirque du Soleil shows, it is one that you definitely don't want to miss. Mystere can only be seen in one place in Las Vegas, so if you have the chance to see it there, you should go for it.

If you're looking to go to a show when you're in Las Vegas, you can't go wrong with Mystere. Keep reading to find out more about this amazing production.

Cirque du Soleil began as a way to combine acrobatics, circus performance, and theater all into one spectacular show. Mystere is one of the first shows created by the company, with its first show performed in 1993.

The idea for Mystere originally began in 1990. Initially, the show was set to be performed solely at Caesars Palace in Las Vegas. This influenced the original inspiration of the show: both Roman and Greek mythology.

The company's productions focus heavily on combining athleticism with beauty and art. They wanted to incorporate beautiful costumes and set design with a theatrical drama portrayed through daring acrobatics and stunts.

Eventually the Caesars Palace idea was abandoned. This type of performance was innovative and interesting, but many people were skeptical and nervous about it. It wasn't the typical Vegas show that people were used to. Where Can You See It?

It was their first show performed in a theater and not a circus tent. And while Cirque du Soleil has shows on tour that perform all over the world, this is one of their shows that stays put.

Mystere by Cirque du Soleil is a 90-minute long show that is known for its high-energy with both comedy and drama perfectly balanced. It celebrated its 10,000th performance in December of 2014, making it one of Cirque's longest running shows.

The show, as we said, is high-energy and whimsical. The costumes and make-up are colorful and bubbly, with a theme focused on enjoying the light, fun, playful side of life. The Cirque website lists a tagline for the show as, "Laugh along with life."

The stunts and performance are playful and bright thanks to amazing choreography, lighting, set design, music, and acrobatics. The show features amazing athletic performers that do a variety of stunts that will leave you on the edge of your seat. It includes:

Well, it sort of looks like a see-saw that you would play on in elementary school during recess. Except this see-saw features performers launching each other into the air all while twirling, spinning, and flipping as though they are taking flight.

According to the Cirque website, the Chinese poles are set up to look like organic growing vines. This serves the theme of enjoying and appreciating life. The Aerial Tissu brings a floating, bubbly pink half-Goddess half-mortal from above as though she is descending from the heavens. This connects the physical earth with the heavens and the sky.

As you can probably tell, each component of the show is thought about deeply to convey meaning as well as look spectacular for the audience. The performers are strong and precise to be able to perform such tough acrobatics and stunts. The designers of the costumes, makeup, music, and the set provide the whimsicality and magic that Cirque is known for.

One thing that makes Mystere so unique is that it has a great comedic element to the show. Expect to laugh out loud with some of the comedy skits they perform during the show. You'll be laughing one minute and gasping in wonder the next as you watch the graceful, strong acrobats do what they do best. All that being said, it is no wonder that Mystere by Cirque du Soleil has some of the best reviews of all the shows in Las Vegas as well as being one of the most popular resident shows, according to Forbes magazine.

In fact, this show is so well known and is still so popular after almost 24 years of performances that it consistently sells out. What was once seen as a risk and a wild-card show is now one of the most popular shows in Las Vegas and its name is known around the world.

One common thread for the great reviews of this show is that it is constantly evolving and changing. While Mystere has been running since 1993, that doesn't mean what was performed then is exactly the same as it is now.

The choreographers and directors are constantly re-evaluating stunts, adding in new acrobatics, and the cast of performers will definitely switch around. With new additions along with the old favorites, this show is always looking to improve.

People love this resident show, but the constant improvements, additions, and changes means that it never gets old and it never really goes out of style. Mystere by Cirque du Soleil is a spectacular show that includes everything an entertaining performance should: great music, skilled performers, an amazing storyline, and fantastic visuals. Treasure Island is the only place in the world you can see this famous show, so it should definitely be on your list if you're visiting Las Vegas.

If you have any other questions about the show or need any help planning your Vegas trip, don't hesitate to contact us! This show is popular and sells out often; we can help you get great tickets at a discount so that you don't miss it.

Click here for the best deals & discounts on Mystere tickets! 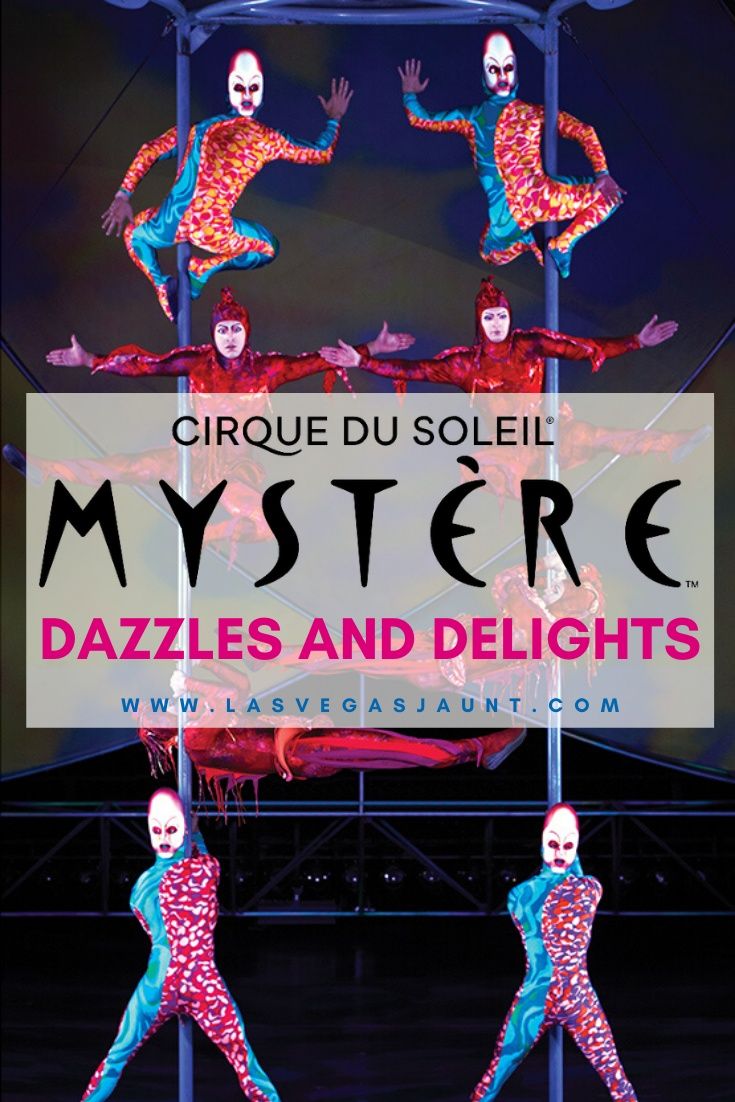 THE LINQ: Vegas Vacation Sale 20% Off