Ever heard of the awesome experience known as ‘America’s Party’? In Sin City, this refers to the biggest party of the year. And everyone is invited!

Enjoy the fireworks at night, choreographed by professionals who put the little ball drop in Times Square to shame with around 80,000 rockets launched to the desert skies. On the strip, firework salutes go out from seven different Vegas casino rooftop locations:

New Year’s Eve in Las Vegas is one crazy adventure for adults of all ages. The world-famous Strip evolves into one gigantic block party filled with open containers, costumes and lots of music and fun times.

Here are five New Year’s Eve parties happening this year in Las Vegas to help you start your 2019 with a bang:

​1. Party on the Las Vegas Bridge for New Year’s Eve 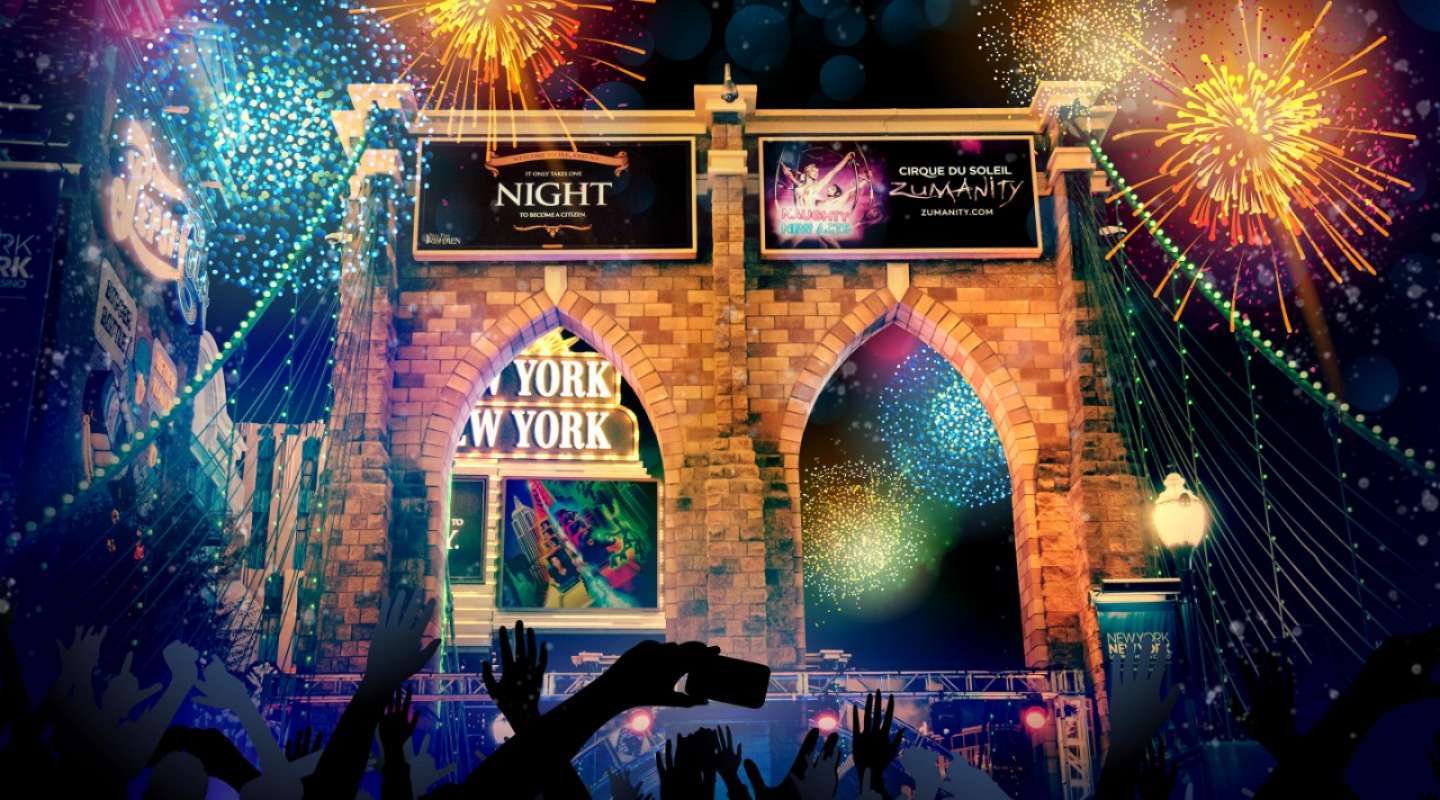 At the heart of the world-renowned Vegas Strip, you’ll find our rendition of New York’s Brooklyn Bridge. But here, the local model is “Our Brooklyn Bridge is cooler than yours,” and New Year’s Eve is no exception.

Thanks to our laxed open container laws, you can party ‘til you pass out as you raise your glasses to toast the New Year on the New York-New York Bridge. Hit the open bars up and down the Strip then hit the bridge before the clock strikes midnight for an awesome view of the Las Vegas fireworks!

We’re so cool, we have our very own Brooklyn Bridge. Come out, get full on liquid courage and show NYC how much more fun our bridge is than theirs. Tickets include the Bridge Party itself, DJs, dancing, an open bar and the phenomenal fireworks show. 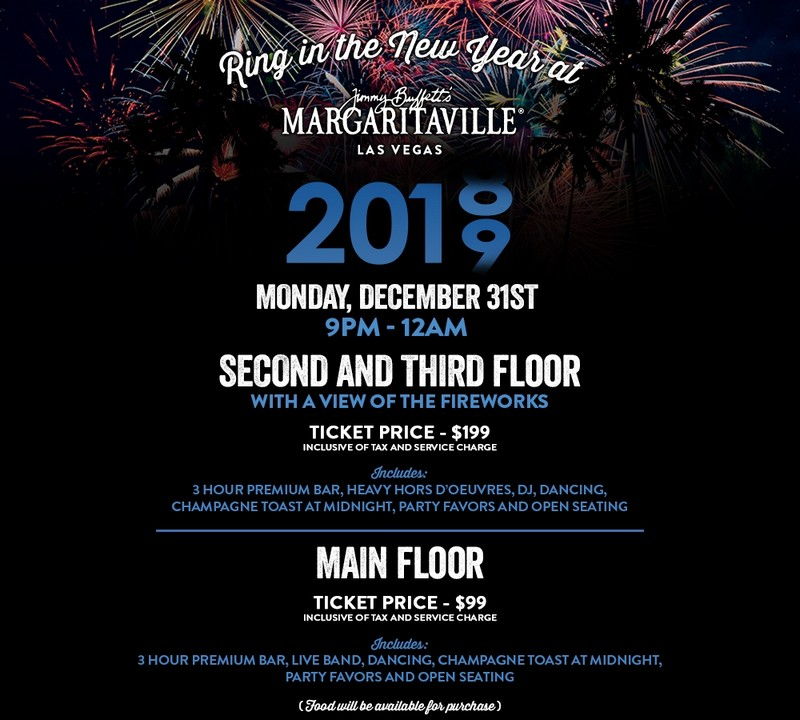 It’s time to party hard at the 2019 Margaritaville New Year’s Eve Party located right on the desert Strip. Everyone gets free party favors to help celebrate at this hot attraction that puts your right in the middle of the action.

For a more exclusive New Year’s Eve experience check out the the top two floors of Margaritaville for heavy hors d’oeuvres ($199). Indulge in the open bar for three hours of “lushing,” while boogying to the live band. Bring your own group to the party or come ready to meet new people at the Sin City celebration.

At midnight, there’s a champagne toast and lots of dancing. And the ambiance is amazing, as you take in the view of the fireworks on the Strip. 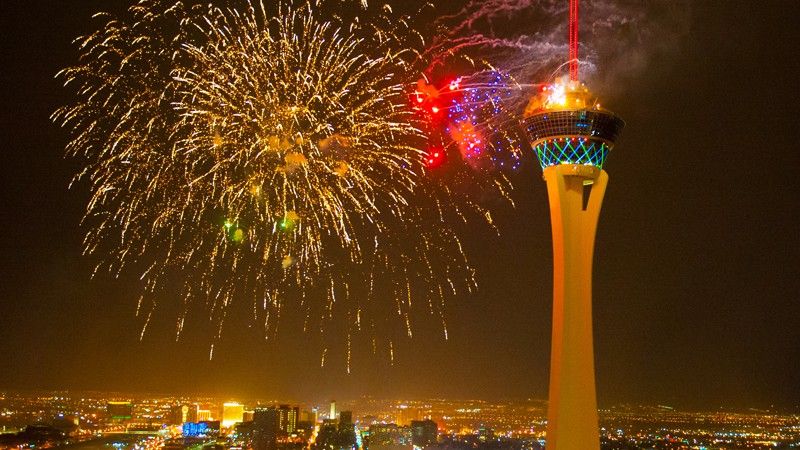 The Stratosphere Tower is the tallest freestanding observation tower in the entire country. For this new year, you’ll be captivated by the 360 degree breathtaking views of the panorama of glittering Las Vegas from 800 feet in the sky!

This iconic venue is cranking it up a notch by merging its world-famous tower views with the explosive Grucci fireworks. People travel from all over to party in the tower for New Year’s Eve.

For 2019, there will be two spectacular celebrations you won’t want to miss at the Stratosphere Casino, Hotel & Tower, choose between the 107th or the 108th floor and watch the fireworks from the “top of the world.” 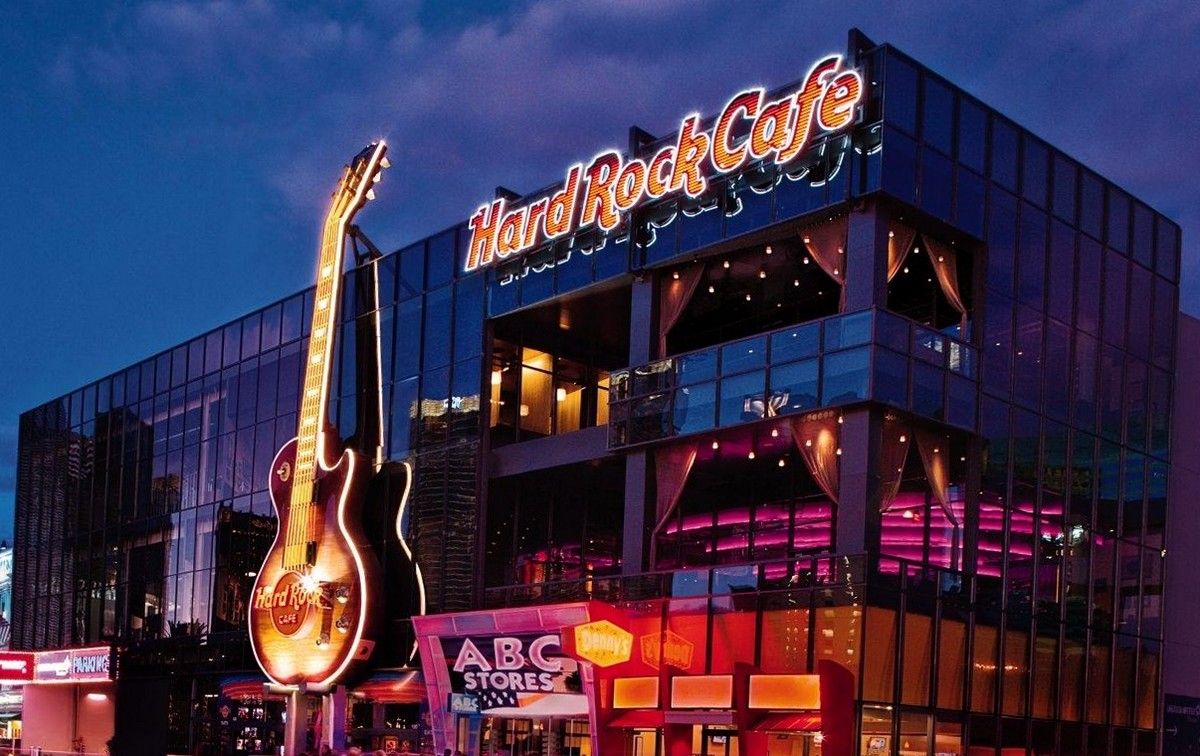 Are you a rock fan? Then, kick start your 2019 new year with a live band at the Hard Rock Cafe party. Dance the night away while enjoying an open bar right on the Las Vegas Strip. This 3-story venue’s top level features an outdoor patio with remarkable views of Las Vegas Boulevard, making it a great place to watch the new year fireworks at midnight.

Who wants to drink on an empty stomach? No worries here. Bring your appetite for this 3-course meal complete with Caesar salad, grilled shrimp skewers and New York strip steak. Your mouth will water at the sight of the macerated berries atop bruleed cheesecake created just for the occasion.

Enjoy a glass of champagne to toast to the new year… on the house. Rock and roll your way into 2019 with incredible views and exciting hard rock music. Celebrate in style and party ‘til you drop at the Hard Rock Cafe New Year’s Eve Party. 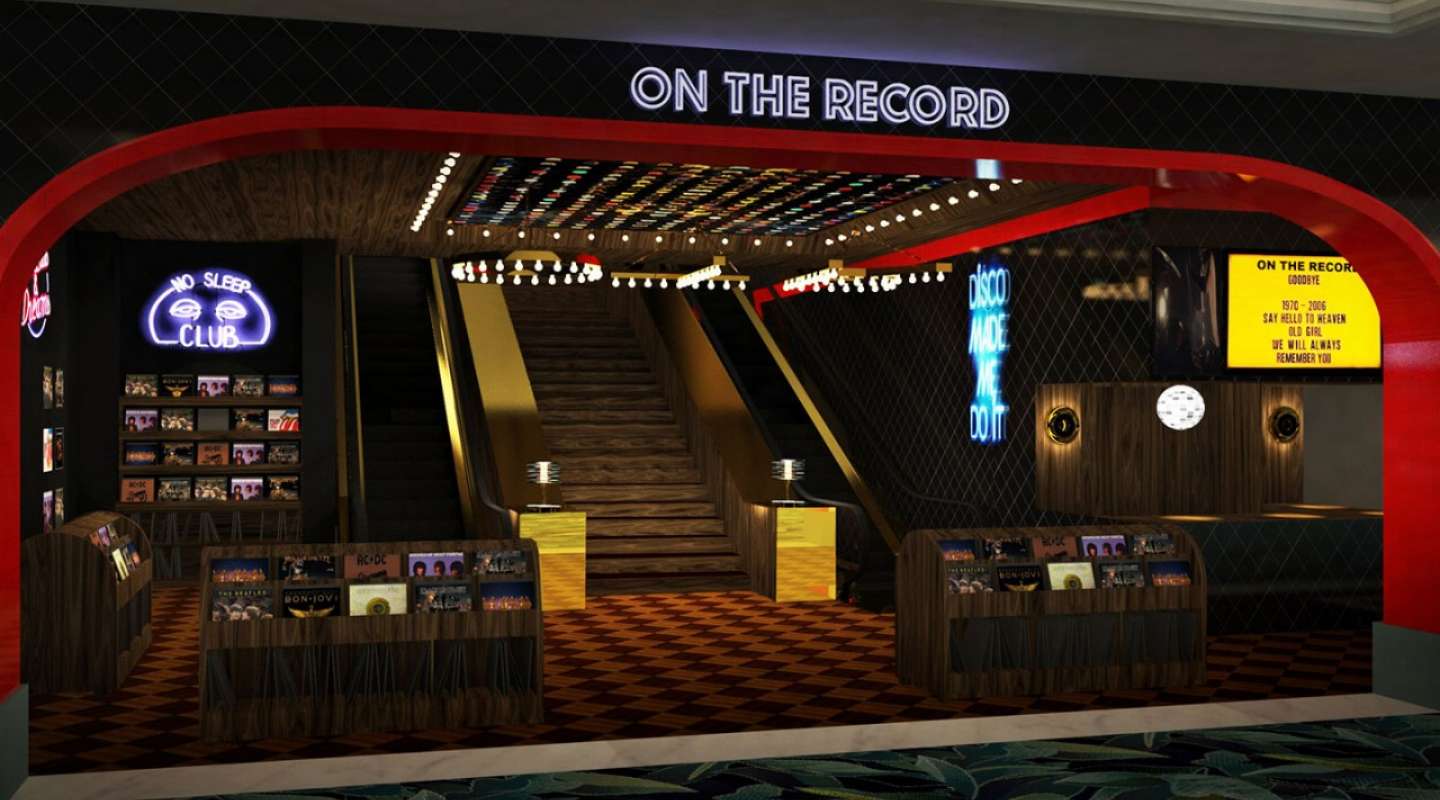 Come out and party hard with the players, movers and shakers at the grand opening of On The Record at Park MGM on December 31, 2018. It’s the party we’ve all been waiting for complete with songs that will keep you dancing all night.

Picture yourself hanging out in the old record stores of the day. That’s the inspiration for the new speakeasy club experience making its NYE debut right on the Strip. It’s a dedication, or love letter so to speak, to the long-lost music stores of the past.

The On The Record venue was created by a couple of twins from Los Angeles, Jonnie Houston and Mark Houston. Their very first in glitzy Las Vegas. They are famous for creating unique nightlife experiences and this one is no exception. It’s literally a club inside a record shop!

Step inside the new On The Record club, which you’ll find hidden off the main Park MGM casino floor right behind the record store entrance sign. The Vegas club offers three different party rooms featuring both outdoor and indoor spaces. Explore their world-class cocktail program and dance and groove until you drop.