One of the Best Shows in Vegas: Michael Jackson One

Please note that if you're looking for Michael Jackson One discount tickets, you can find them by clicking on this link. Cirque du Soleil shows are renowned for the incredible acrobatics, sheer athleticism, and the overall atmosphere of mysticism and wonder they create with little more than music, costumes, and movement.

If you’ve never seen a Cirque show before, Michael Jackson One is a good starting point.

If you’re already a Cirque fan, then you’re going to be blown away by the creativity and quality of this show.

Cirque du Soleil and Michael Jackson are a surprisingly natural match. MJ’s dance moves and music lend so well to the Cirque framework that you’d think they were made for each other.

Even if you’re not a die-hard fan of the King of Pop, MJ One is a great show.

It’s difficult to watch without at least tapping your toes, and the Cirque element adds an extra wow-factor that makes it so much more than just song and dance. The whole thing is a visual feast, and you’ll want to see it more than once.

In fact, many Vegas locals consider MJ One a favorite, too. Even the Las Vegas natives who avoid the Strip entirely admit that it’s a killer show, and they make the trip out to Mandalay Bay on special occasions to see it with friends and visitors.

Sometimes, it looks like the performers have completely disregarded gravity in performing their stunts and moves.

During other segments, devoted MJ fans are moved by touching tributes. 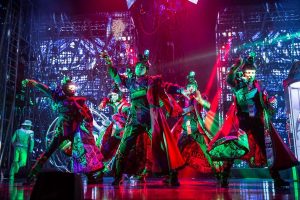 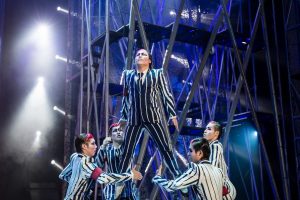 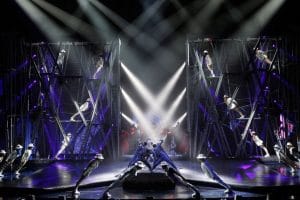 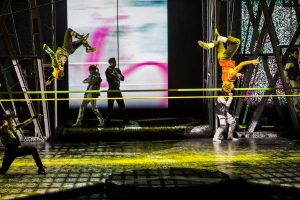 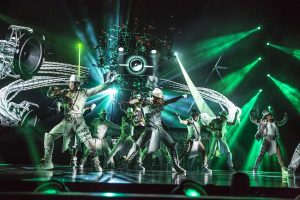 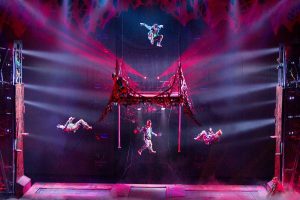 Unlike some tribute shows, Michael Jackson One doesn’t employ any celebrity impersonators. Jackson can’t be imitated, impersonated, or topped, so Cirque instead honors the music legend by interpreting his music with respect, deference, and some really cool acrobatics.

Gigantic video screens are part of the show, and the entire production is a sensory experience from top to bottom.

Honestly, it’s a bit difficult to describe in words. You just have to see it for yourself.

When you’re ready to get your tickets, look here for an exclusive Michael Jackson Cirque du Soleil discount. Enjoy the show! You’re going to love it. 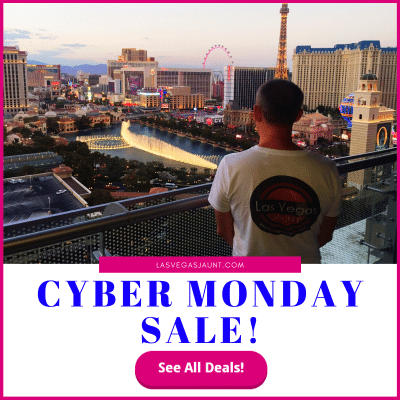 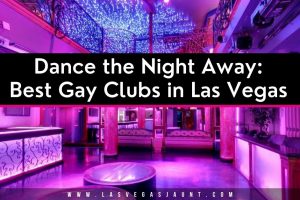 Dance the Night Away: Best Gay Clubs in Las Vegas

The 9 Best Activities for Thrill Seekers in Las Vegas
Copyright © 2020 Las Vegas Jaunt
We use cookies to ensure that we give you the best experience on our website. If you continue to use this site we will assume that you are happy with it.Ok